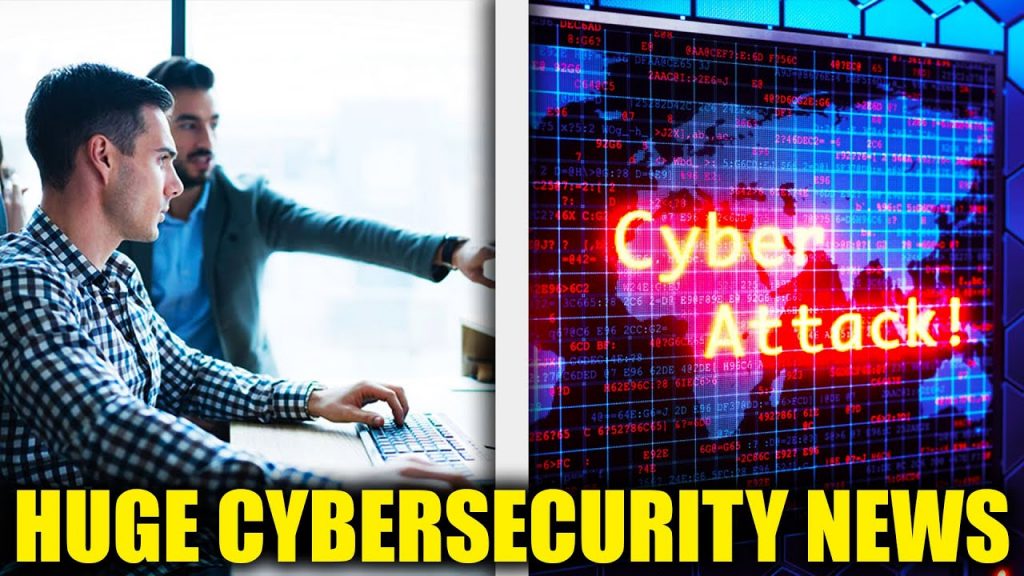 Cyber attacks are probably one of the worst things that can happen to a country or a huge corporation. The United States has been through a few cyber attacks lately and it is only going to get worse if they don’t do something about it. Today we will be taking a look at how these cyber attacks have forced a Cybersecurity group to push 30 more national priorities. Before we get into the video, don’t forget to leave a like and subscribe with bell notifications on for more content like this.

What is a Cyber attack?

It is important you know about certain things before we get into the main topic of the video. Cyber terrorists or hackers use one or more of their computers to launch an attack against one single or even a large network of computers with obvious malicious intent, this is called a cyber attack. These attacks can be pretty hurtful to the corporation or even a nation. They can steal vital data and information, disable computers, and even use a hacked computer to launch other kinds of attack. These attacks can be done with a plenty of methods like, phishing, denying a certain service, ransomware, or just attaching a malware in any files or softwares. Cyber attacks can spell disaster if done on a nationwide level, it is scary because they can even gain access to launch codes of nuclear missiles if they do it right. That is terrifying. They can quite possibly start world war 3.

The SolarWinds Sunburst was one of the biggest cyber attacks targeted in the US recently. It is reported to have affected important US government offices and even several private sectors. Researchers decided to call the attack “Sunburst” and stated that it is one of the most sophisticated and severe attacks even seen. The hackers who launched this attack were able to do it because they installed a backdoor into the SolarWinds software updates. What seemed like a regular software was actually a Trojan horse that was downloaded by over 18,000 companies and government offices. This tiny little backdoor is what caused the massive cyber attack, let that sink in. The attackers used the backdoor to infiltrate the business’s assets, allowing them to spy on the business and access its data, by just simply taking advantage of a routine IT practice of software upgrades.

Ransomware’s comeback has been on the rise. Small local and state government entities have been targeted, mostly in the southeast part of the United States. With the proliferation of cloud computing, cloud-based subscription services, and the availability of mobile devices, conventional network perimeters are crumbling. As the number of vectors grows, so does the number of methods to attack a company. There was an increase of 50% in the average daily ransomware attack compared to the early periods of the year according to a Research. A major wave of ransomware assaults hit organizations all around the world, with healthcare being the most targeted industry. The impact on business has expanded enormously as these attacks have risen in frequency and intensity.

Are these Cyber attacks preventable?

Regardless of how often and consistent these cyber attacks are, they are still very preventable. An end-to-end cyber security architecture that covers all networks, endpoint and mobile devices, and the cloud is necessary when it comes to preventing these types of cyber attacks. You can streamline administration of many security layers and govern policy through a single pane of glass with the correct architecture. This enables you to link events from various network settings, cloud services, and mobile infrastructures. Certain extra measures you can take to prevent cyber attacks are, Choosing to prevent the attack over detecting it, covering all vectors, maintaining a good security system, and employing the most advanced technologies.

The act of securing systems, networks, and programs from digital threats is known as cybersecurity. Basically, cybersecurity is important if you want to protect yourself from cyber attacks. However, because there are more devices than people nowadays, and attackers are growing more inventive, adopting efficient cybersecurity measures is extremely difficult.

There are always several different layers of high level protection spread across the computer or the network in a good approach to cybersecurity. There are many different things in an organization that should complement each other when it comes to having good cyber defense against the attacks. Basic data security practices such as choosing strong passwords, being aware of attachments in email, and backing up data must all be understood and followed by users.

Allow me to be your cyber security resource, and guide you toward meeting your security objectives, where you can shine under the pressure.

Align your success with proven industry strategies that have an established track record for establishing leading security practices.

David Rauschendorfer
David Rauschendorfer is a business leader and Information Security Officer. Coming from a cattle ranch in Montana to serving our country through the Iraq invasion post 9-11 he has risen above the challenges in the modern age and appeared a driven thought leader with a passion for sharing his love for business and cyber security.
Previous post Six Major Flaws Identified in Schneider PowerLogic Devices Next post Did Companies Fail to Disclose Being Affected by SolarWinds Breach?